While much smaller in size than the Tucson Gem & Mineral Show, the Kansas City show has been going on for 47 years now
and has become better every year since we first attended over ten years ago.
Yes, there is the usual mix of dealers who specialize in Gem trees, beads, jewelry and other assorted "sundries",
but there are a handfull of really good mineral dealers as well.
There is also a swap area set up for collectors who want to sell or trade some of their collection for "Show Bucks", redeemable with the show dealers
towards the purchase more collectibles.
There are displays cases put on by local clubs and institutions and juried competion cases to peruse as well.
If you are in the Kansas City area the second weekend of March next year, give this show a try. 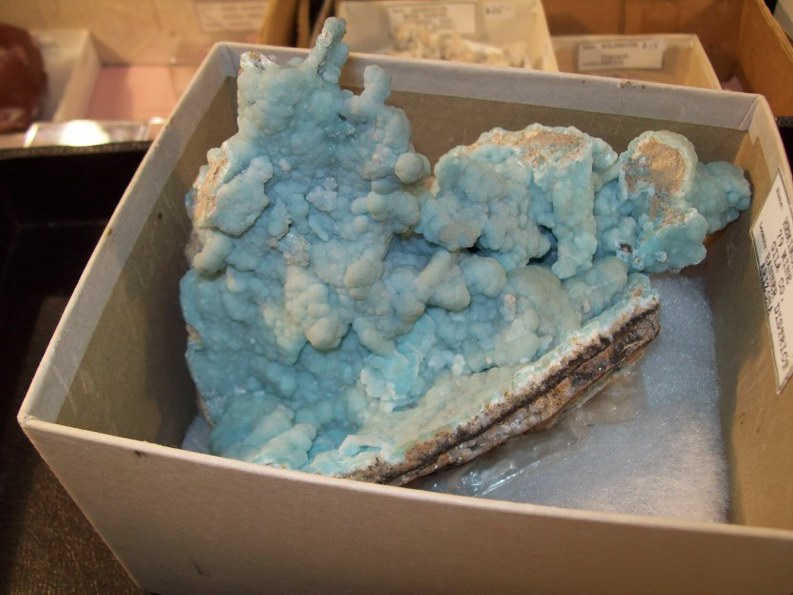 They don't have the fancy lighted cases that the big shows do but they do have the "bling". Really nice Hemimorphite from the 79 mine! 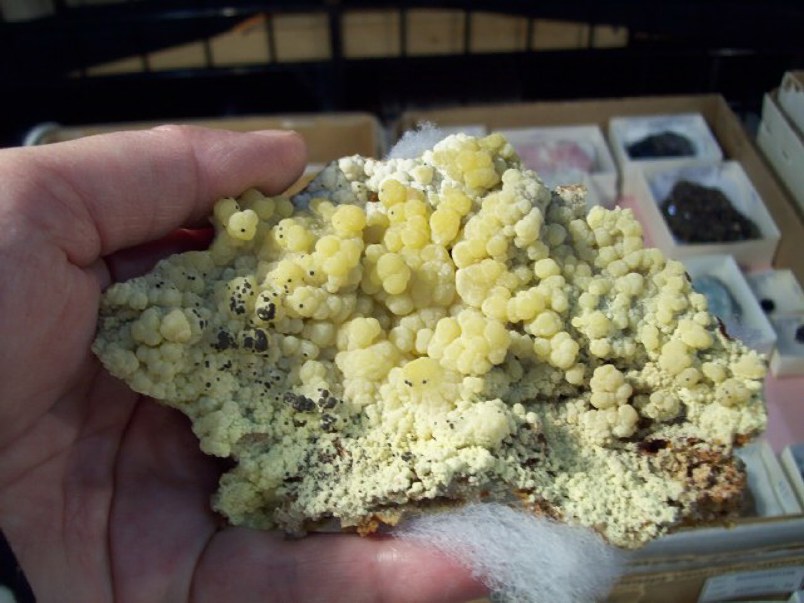 Really sweet Mimetite plate.  We bought this one (Now in the collection of Colin Manlove) Mimetite is one of our favorite minerals. 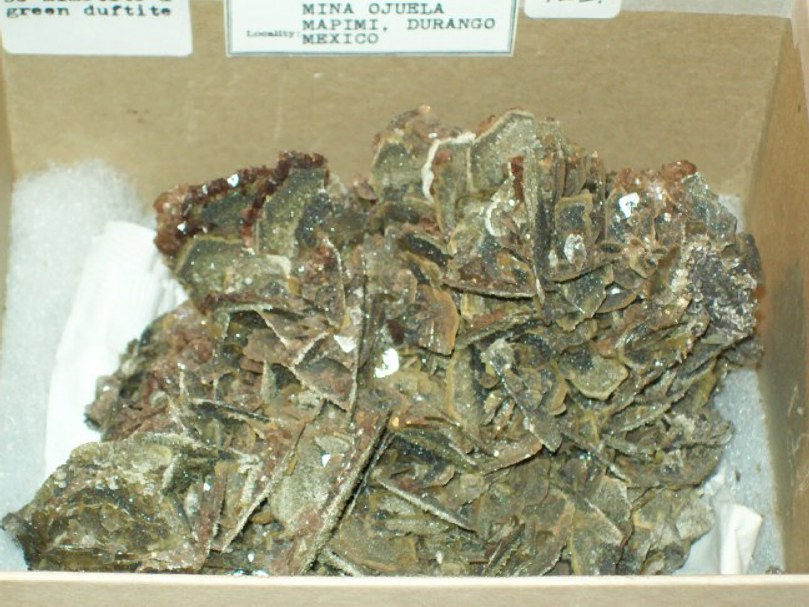 Huge Wulfenite with Duftite from the Ojuela Mine 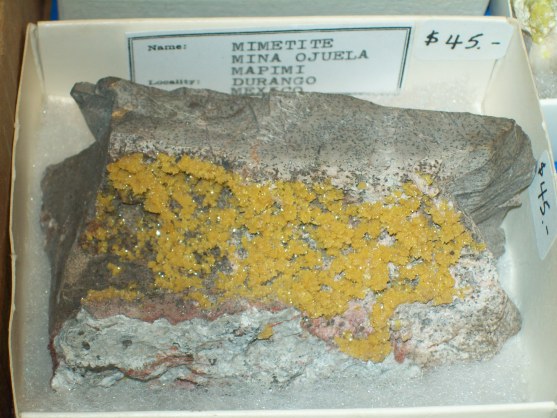 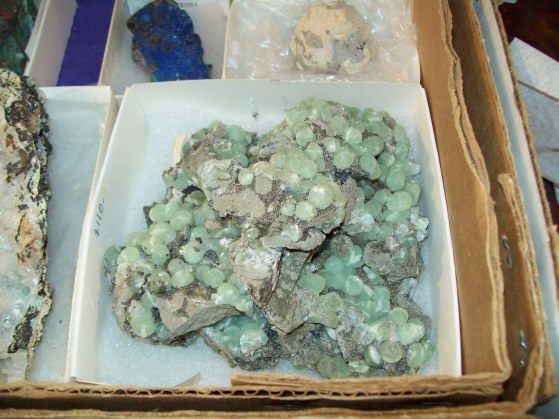 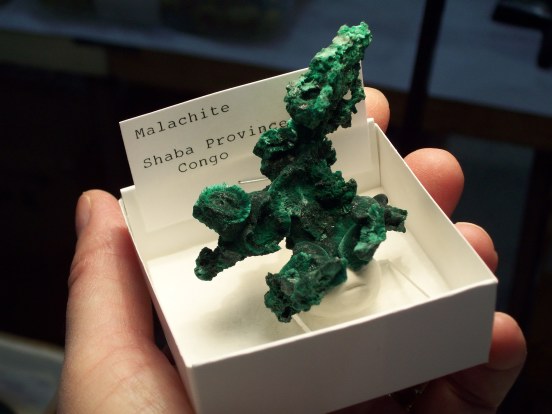 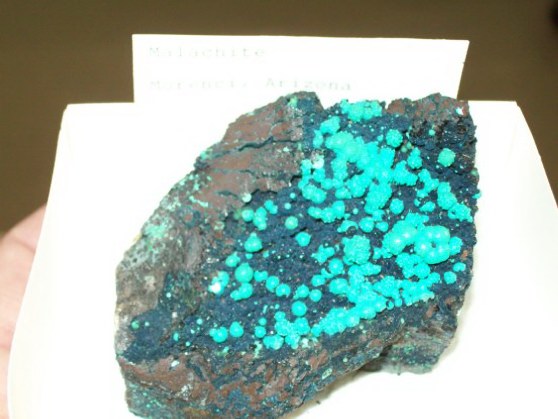 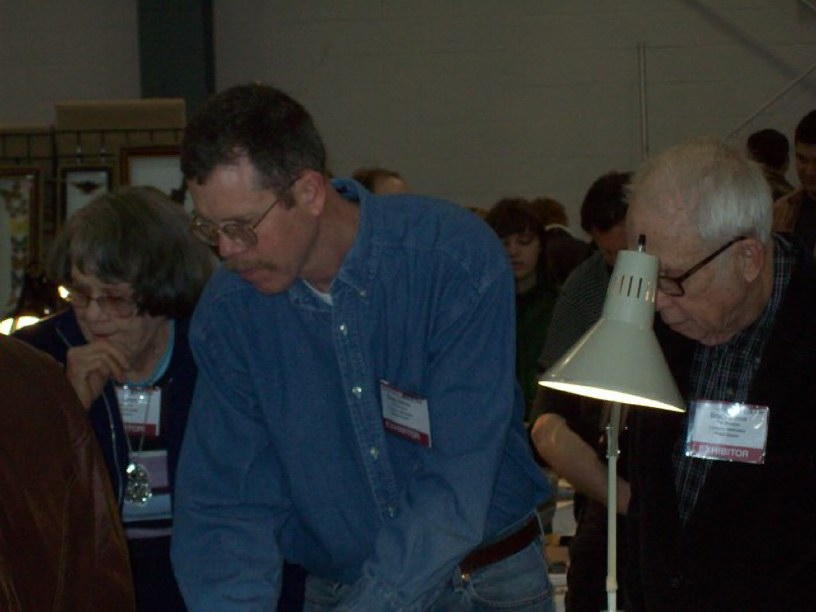 Here are Fern, Doug, and Bruce Simon tallying our goodies.  They are very nice people who love what they do. 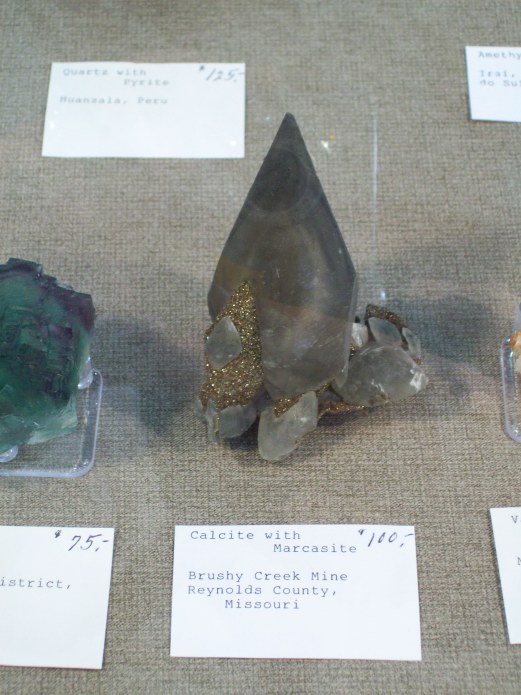 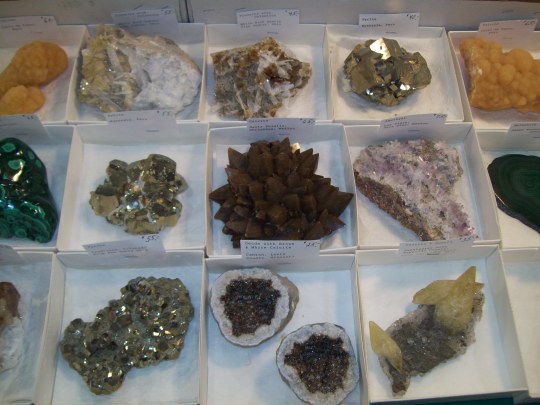 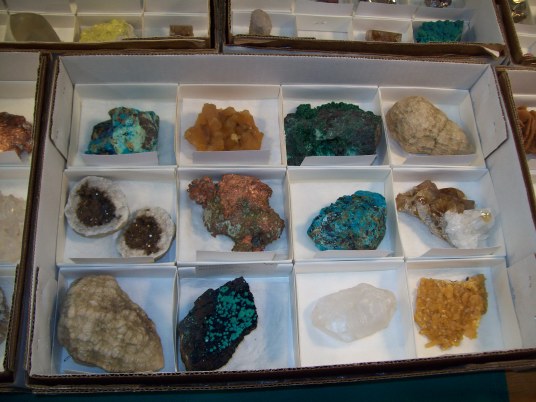 Flat after flat of goodies. 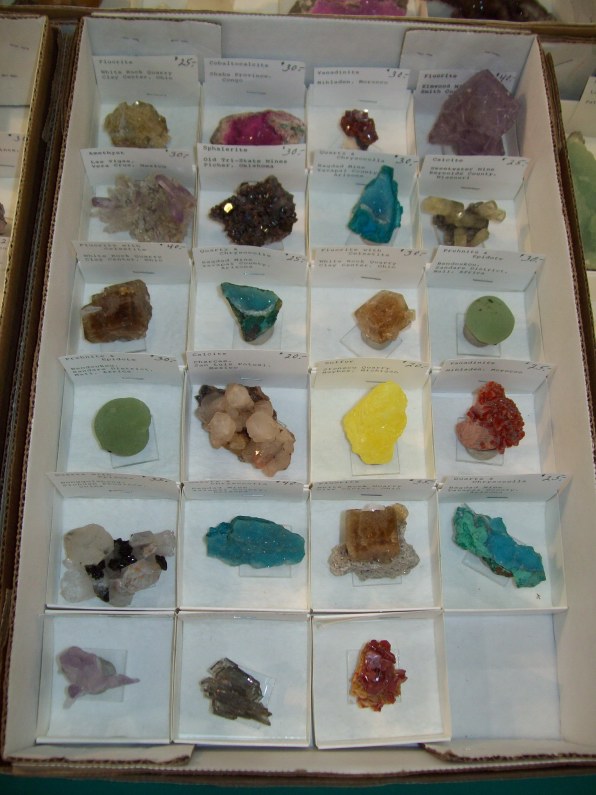 There were minerals for every budget at  H. M. & D. tables.  From starter to advanced collector. 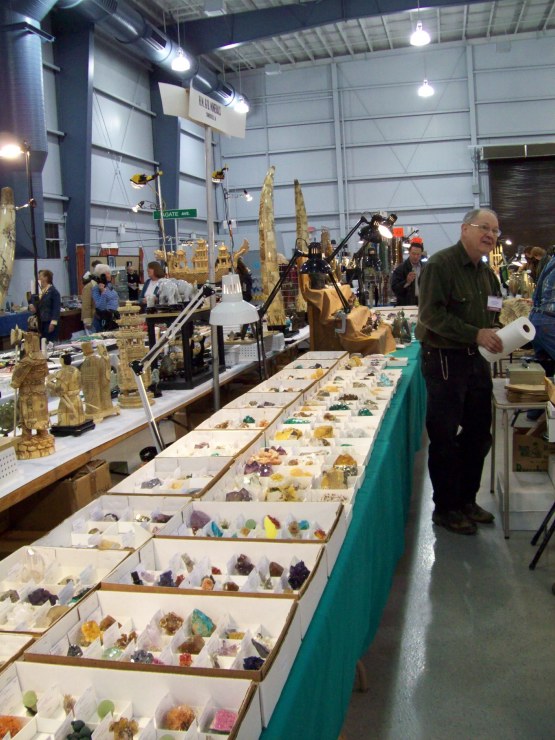 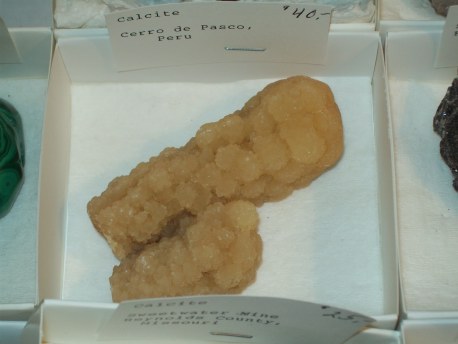 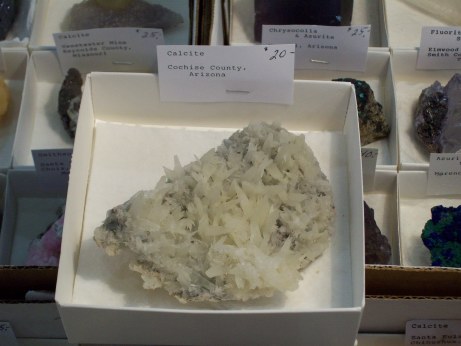 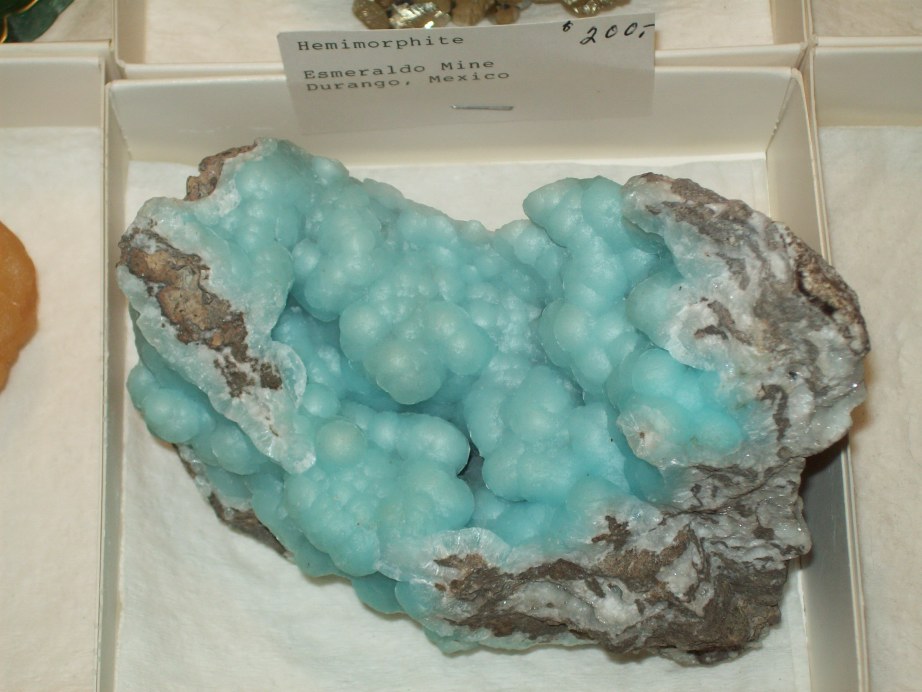 Diana photographed this peice and had I seen it, it would probably be in our cabinet. 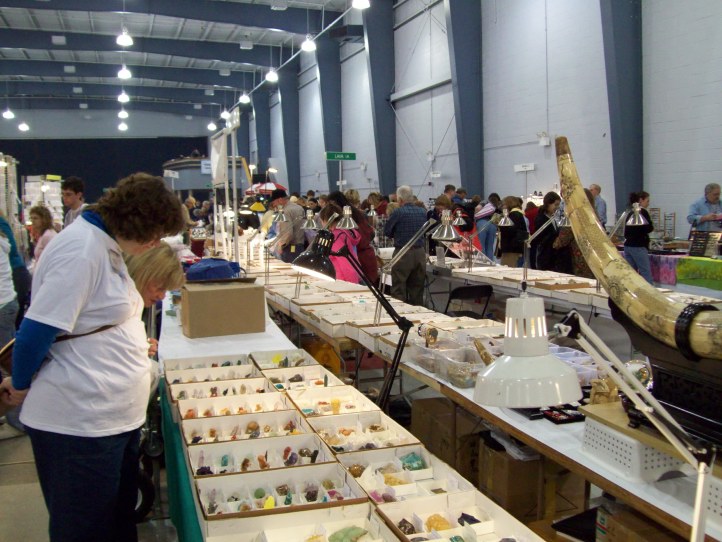 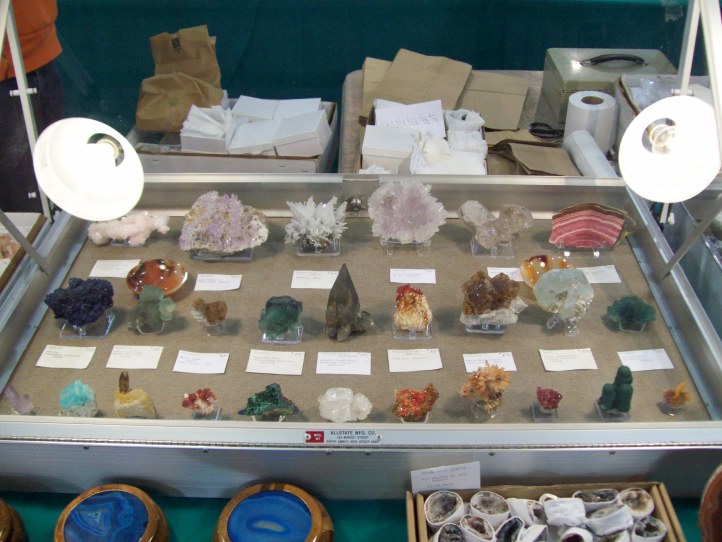 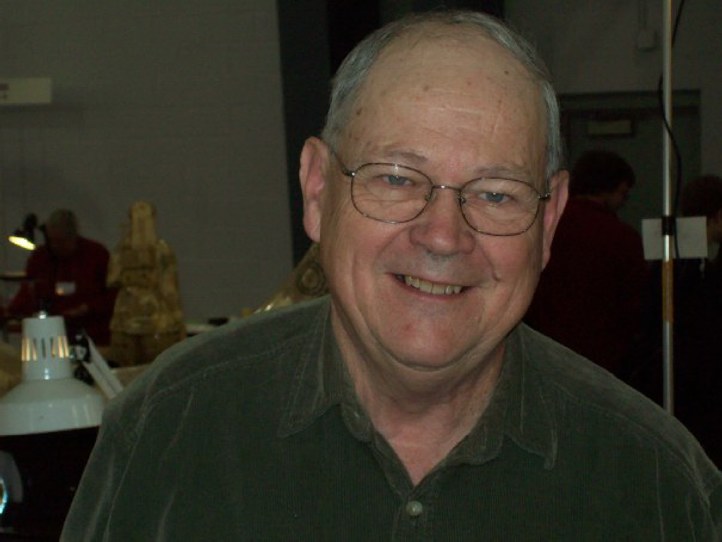 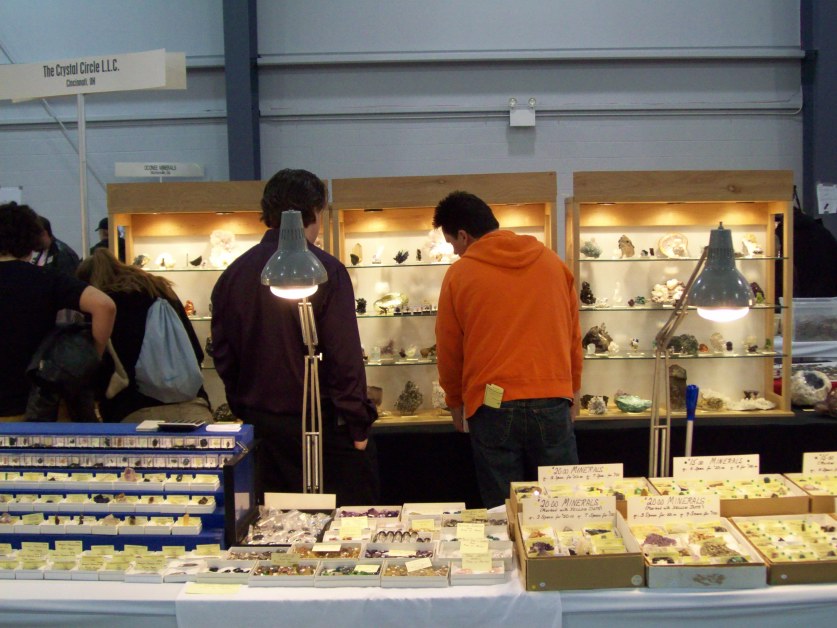 Me, in the orange sweat jacket, and Pete from the crystal circle taking in the "sights". 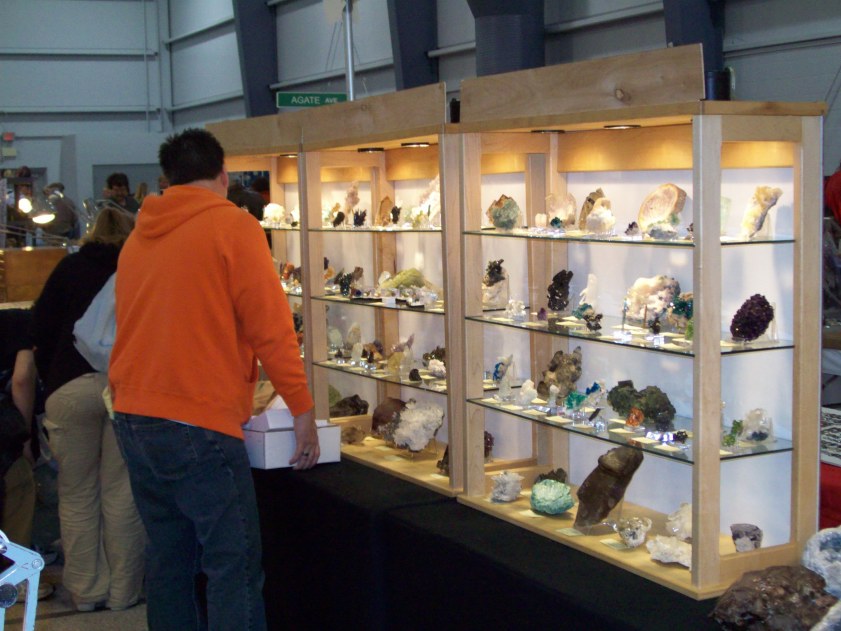 You may see Hawthorneden labels on some of the pieces.
As you all probably remember The Crystal Circle bought out Hawthornedon's stock a couple years back. 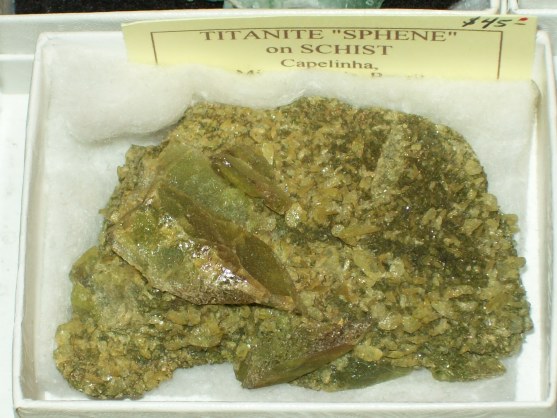 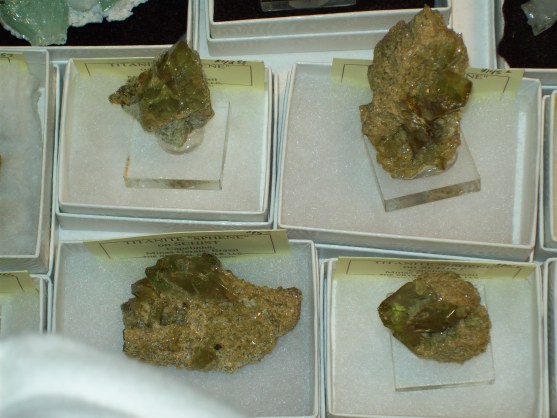 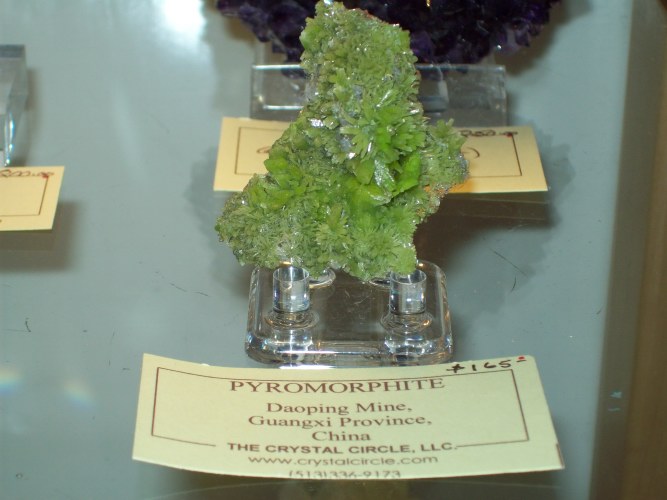 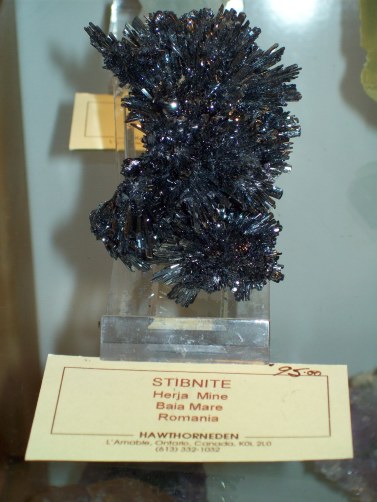 And.........................we ran out of money
Honestly folks, each year, there are more dealers at this great little show
Mountain minerals set up at the show and had an absolutely steller selection of gem crystals.  Also present,
Oconee Minerals
Roy Haliburt Minerals
OK rocks
Geoden Gems
Schoolers
and more!


Diana and I had a great time at the show and look forword to next year.
Diana and I would like to thank the Association of Earth Sciences of Greater Kansas City for putting
on this show year after year.